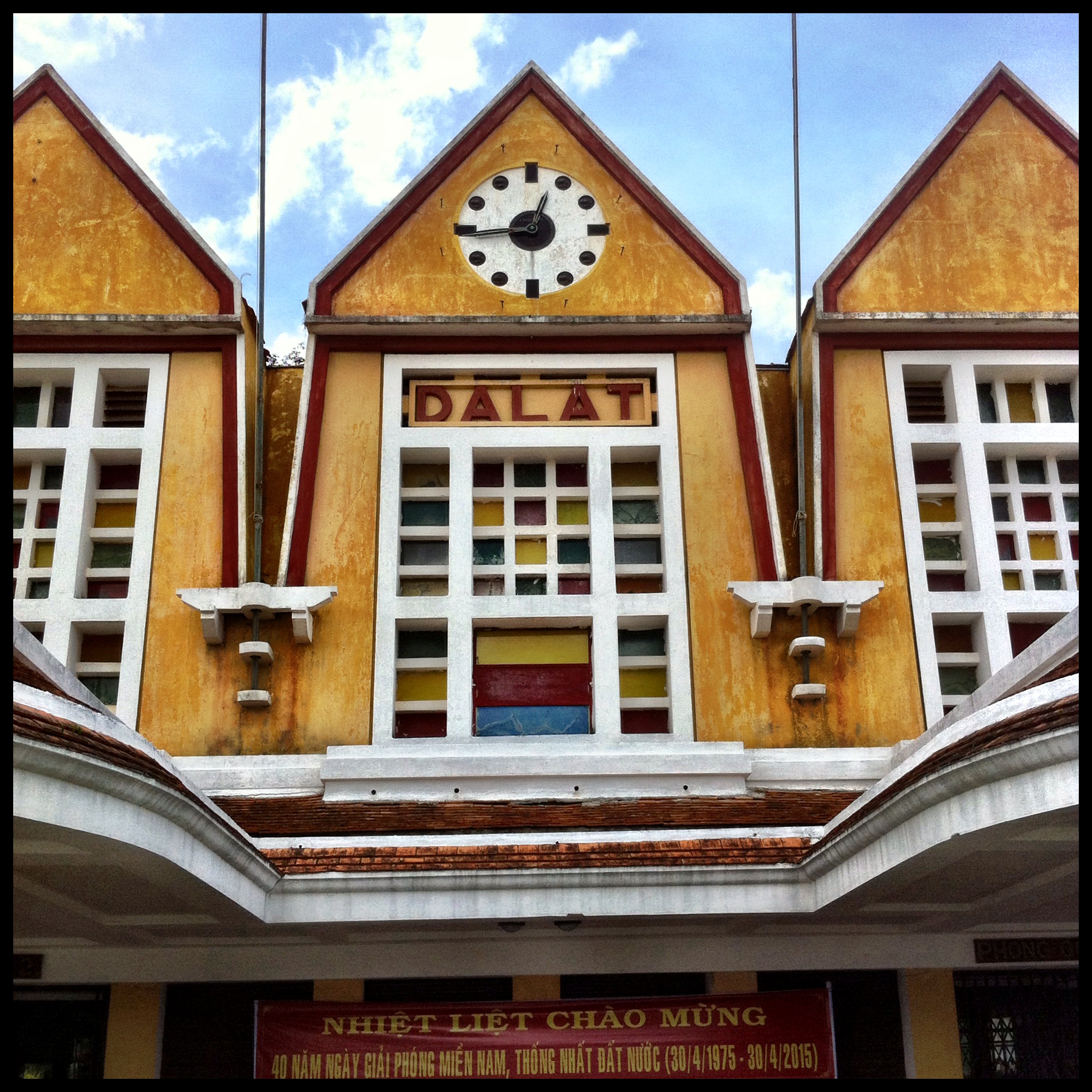 We stayed in the Dalat Train Villas. This isn’t about the accommodation.

This is about the Train Station which is a fabulous piece of Art Deco Architecture. Its not connected to the real network but it is still run by Vietnams State owned Railway Company. (No surprise there.) You can get on a train and go for a picturesque 30 minute trip. Get off look around and get back on. The trips go every few hours on busy tourist weekends. Dalat seemed to be far more of a Vietnamese destination than advertised.

The staff behind the counter are however connected to the Vietnam Railways computer system. They are exposed to tourists and they speak a number of languages. Their english was better than any other Railway Counter staff I have met and they have a lot more time on their hands.

In short, and rather contrary to what you might expect, Dalat may be the best place in Vietnam to arrange your own train tickets. Go figure. If you travel by train the pre-eminent website remains http://www.seat61.com The man in seat 61 is really Mark Smith. I love this guy; http://www.seat61.com/aboutme.htm#.VUwZ7lxi47Q

(Not that Mark Smith. Though I rather like the rather unlikable version too; www.youtube.com/watch?v=56dxJjXbnjg )

The majority of my nuts and bolts travel by train is informed by Mr Smith. The obsession I share with my kids (and less so my wife) for overnight sleeper trains travel is fed by this man.

There are a number of other highly informative bloggers and twitter people. My newest tip for more detailed blog style train travel and rail hotels is http://www.railwaystays.com

It is really worth a visit and is the best thing I have found about the Historic Hotels associated with Railway Stations. (Tell me if you know of more resources.)

The Dalat Train Villas are worth a visit. The Villas were not in the Train station. They were however in very beautiful old French Colonial Hill Station Villas. ( Read Aoifes Opinion; http://wp.me/p3OJcX-6o ) More cool architecture. Renovated pretty well. (Renovated very well by Vietnamese standards.) The Manageress was the straight talking but secretly very sweet Thuy. As far as I could work out she was in some sort of relationship with the owner who was an unreconstructed American guitar playing night owl. Despite his years (many more than Thuys of course) he was out all night playing the blues and getting home long after the blues had stopped being played. Blues.

It’s not my business. The matter was however impossible to ignore while I gave them my business.