Museum Piece. Museum. Peace. There is no shortage of museums in Vietnam. They have buildings. They have history. They have exhibits. They have largely been set up by the vestiges of the communist apparatus that for so long had fought against Feudalism, Colonial Imperialism and American intervention. They are largely dark and dull. They could be much better but the development of museums seems to be lacking in a country hell bent on development. Largely. There was the good Museum of Art in Ho Chi Minh City but the highlight for me was the Womens Museum in Hanoi. It is an underfunded institution devoid of multi-media technology and architectural statements but it still packs a punch. 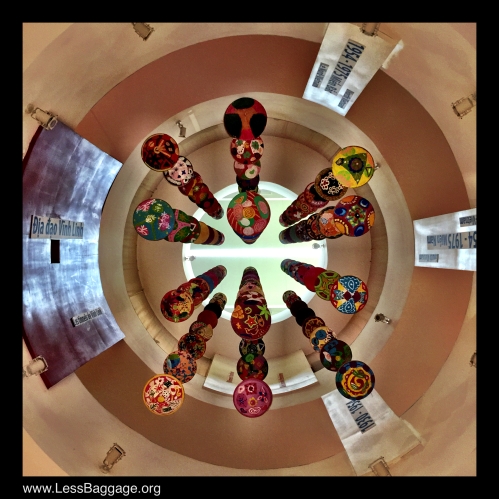 It was something the adult side of the LessBaggage Family were very keen on though the younger generation were threatening to rebel. Apply snack, divide and conquer. One child each we dipped our minds in the intoxicating and horrifying reality of the life of many women in Vietnam before during and after the American War. There were excellent and detailed displays on agrarian techniques especially rice farming. There were beautiful displays of the traditional dress of multiple “minority” groups. There were explanations of different matrimonial traditions and the varied matriarchal and patriarchal lines of inheritance. 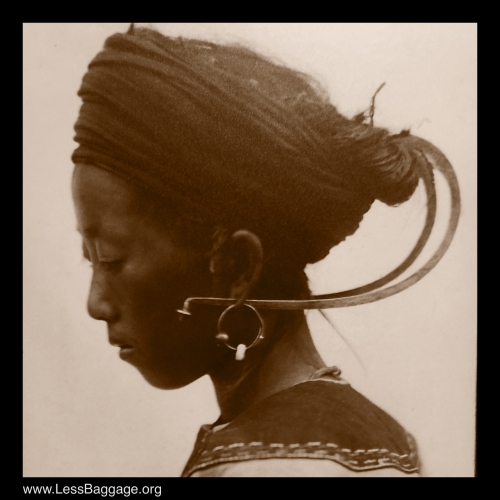 The stand out war related piece was a small room dedicated to the diminutive self taught artist Dang Ai Viet and the belatedly celebrated “Heroic Mothers”. This incredible woman set out to draw the portraits of as many of the female survivors of the American War effort that had lost children in the conflict. She travelled the country on a tiny Honda Chaly moped with her paints and pens. She braved all the motorways and madness that we have touched on before. In over three years she covered thousands of kilometres, searched for the bereaved mothers and painted over 1100 portraits. The little video is fantastic and they have her little moped right there. Now that’s a road trip. 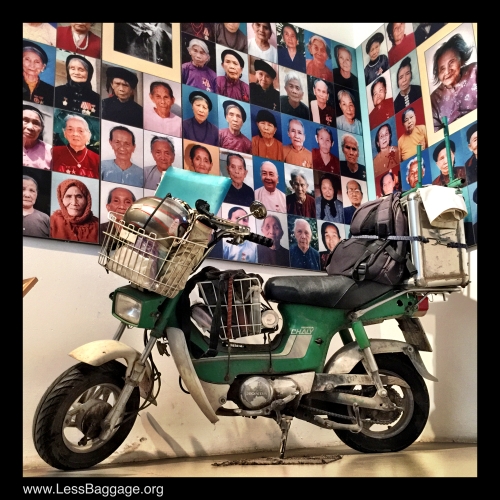 The display that brought a tear to my eye is about the lives of the street sellers in Hanoi. These are the ladies that are seemingly everywhere carrying two bamboo baskets balanced on a bamboo cross bar over a shoulder. They have fruit. They have fried doughnut things. They have whatever they could gather at the markets that morning at some ungodly hour and they will be selling it until its gone. They will work 18 hours a day to raise a few dollars to send home. I challenge anyone not to be moved. It changed my view of these ladies. I went out and bought a stale fried doughnut and some dodgy fruit. It tasted crap and it was over-priced and I understood why.