Grand Tour #47; The North Coast of the North

I picked up my friend the reclusive poet and we headed west. Towards the setting sun. Towards where the sun was supposed to be setting. We couldn’t see it. So we had a reclusive sun and a reclusive poet. The poet sat in the back with the son. The poet is about 6 foot 4; he might be reclusive but he is not unobtrustive, squeezed as he was between a 9 year old and an 11 year old.

To the west is the unfeasibly large Lough Neagh. So we changed plan to avoid drowning and headed north. The North Coast of Northern Ireland is fabulously picturesque. It is at once romantic and rugged. Many of the well known tourist attractions of the small state of are dotted along the top; the Giants Causeway, the Bushmills Distillery, the Carrick-a-rede Rope Bridge and Rathlin Island. We skipped all those. Most people don’t. If you’re going that way feel free to drop in on the tourist spots but not at the expense of seeing everything else. One of the best things about this part of Europe is the tiny little roads. With no one on them. With rock walls and tight turns, tractors and sheep, with views of the sea and of Scotland with the scents of slurry and bogs. It was windy and wonderful. We saw no sun. 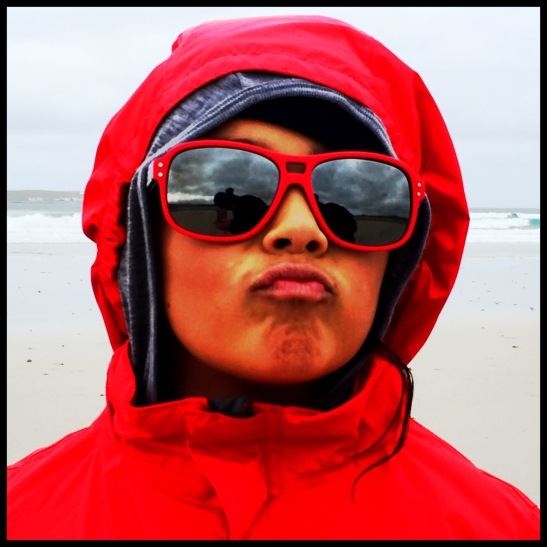 Some fine chips (and fish for the flesh eaters) were scoffed at Morton Fish and Chip Shop almost on the Pier in Ballycastle. (Recommended.) Everyone was stuffed and we finally turned west.

A drive across the top of County Antrim and County Derry/Londonderry is a joy to behold. There are public transport options but it is one of those areas where your own transport is really worth it. Walk it, ride it or drive it. We seemed to be getting in and out of the car every few minutes and a drive to Donegal in the Republic which should have been less than 3 hours turned into a 6 hour road trip.

I really enjoy bringing friends and family to the unsung parts of Ireland. Many people still avoid the “North” in favour of the “South”. The “North” is a safe and friendly place. Yes there are still sectarian tensions, yes there still are marches celebrating pointed victories in the hundreds upon hundreds of battles stretched over hundreds and hundreds of years. Yes you will see vandalism supporting one side or the other. Yes you will see stupid amounts of flags flying; be they red white and blue, or green white and orange. It is all very confronting. It is all very confusing. The flag of the Republic of Ireland (a green, white and Orange Tricolore) was supposed to represent the Green Gaelic tradition, the Orange Unionist tradition and the white representing peace between them. The Orangemen were by and large supporters of William of Orange. William was a Dutchman, of French Lineage, that had become King of England. King James II of England had been the incumbent but the protestant elites in England suspected that he was sympathetic towards Catholics and indeed France. James the second had succeeded his brother Charles II. As such he was the son of the executed Charles I and only the second king of England, Scotland and Ireland since the restoration of the Monarchy after Cromwell’s death. All of this history was squished into a tiny period in the 1600’s. These protestant political elites invited William the III of the Nederlands to invade England and supplant James the II. James policy of religious tolerance was the major factor. The elite in England were not interested in religious tolerance. A couple of minor clashes in England, James home turf, and James capitulated. Hopes for a new Catholic dynasty were squashed but not everyone gave up. The french lent support to the deposed James II of England (aka James VII of Scotland). James had been the King of Ireland too and the Catholic majority in Ireland was inclined to support him. This is the Williamite/Jacobite War 1688-1691. It is best viewed as part of a greater pan-european conflict. I am not a betting man but you’d think having failed to mount even a decent defence at home James II/VII would have little chance fighting in another contry with someone elses army. And you’d be right. At the Battle of the Boyne the Williamites had a huge victory, James ran away (again) and the remaining Jacobite forces were routed at Aughrim in 1691 in one of the bloodiest battles in the entire Anglo-Irish Conflict costing 7000 lives.

You probably think you ought to try and learn a little about it before you go. You are probably right. However it might be better to go there with an open mind, a big smile and a willingness to learn. The “North” is full of contradictions just like the rest of the island of Ireland.

For a start it is not part of Great Britain, it is part of the “United Kingdom of Great Britain and Northern Ireland”. Ulster, therefore, is not any more British than the rest of the island. Amusingly all of Ireland is part of the British Isles. Beautiful Ulster is one of 4 provinces in Ireland. As a region it used to be a constant thorn in the English Crowns side. A force led by the Earls of Ulster was finally routed at the Battle of Kinsale in 1601 and its leadership exiled itself in 1607. Ulster is made up of 9 counties. Northern Ireland only has 6 counties. So 1/3 of Ulster is not even part of Northern Ireland. There are many proud Ulstermen that live in the Republic or Ireland. You try telling a man or woman from Donegal, Cavan or Monaghan that they are not from Ulster. In fact there are plenty of Orangemen still living outside Northern Ireland and have Orange Halls, marches and such to celebrate their own distinct but interwoven culture. Not all Williamites were protestant and not all Jacobites were catholic.

My friend the poet is an Ulsterman. His is a proud line of proud men and proud women. Stubborn. Hard working. Protestant. Hilarious. Ulster Protestants are not renowned for their humour but I think this is a misunderstanding. They are not great self promoters either. There have been times when it seemed that they were actively trying to give a bad impression. Think of The Reverend Ian Paisley holding up a tea towel in the European Parliament and calling the Pope the anti-christ. The truth is that most of my orange countrymen take pride in not caring what other people think. Theirs is a robust almost masochistic isolationism. They don’t really care what England thinks, and bear in mind Northern Ireland is ruled from Westminster, never mind anyone in Brussels.

No one gets Northern Ireland. The English don’t get it. The “Irish” down south don’t seem to get it either. It defies simple explanation and any attempt to distill it is doomed. The only people that really get Northern Ireland people are Northern Ireland people. Catholic v Protestant, Nationalist v Unionist, Orange v Green, England v Ireland, Queen v Pope…. none of it is that simple. Amusingly, and despite the fact that two factions remain, the two sides that are at loggerheads in Northern Ireland understand each other better than anyone else. Try asking a protagonist from either side what they think of people in England that refuse to accept totally legal sterling bank notes from Northern Ireland banks. (It is a truly unifying matter.)

If there is one major difference between the North and the South then perhaps it is that the North has little interest in self promotion and presenting itself to the world while the South has no problems singing its own praises and won’t let the truth get in the way of a good story. The Orangemen have a tendency towards cutting off their own noses to spite their face while the counter balance is a bunch of chancers that would sooner lie about how many noses they have than lose face. An Orangemen might have a tendency towards self-immolation but the fuss (and mess) it might make would be frowned upon. The image of a dour, dry Northern Irishman or woman is basically incorrect. You wont know how incorrect until you go and hang out there a little bit.

I love Northern Ireland.  Theres no where like it. 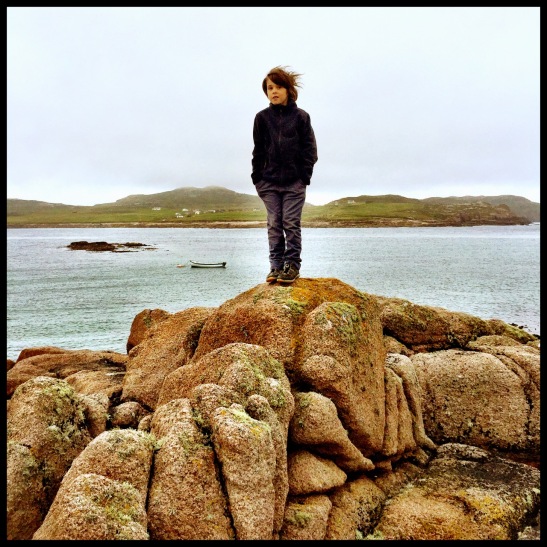