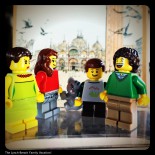 Grand Tour #30; Musée du quai Branly. Why and where from?

Paris. We walked. We talked. We reached our destination. Musée du quai Branly. 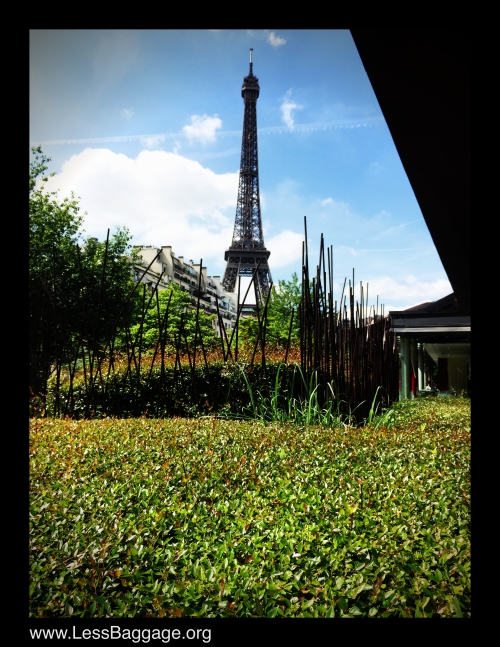 A sort of vanity project for the significantly vain Jacques Chirac Musée du quai Branly attempts to be the worlds premiere museum of indigenous art. It had been initially proposed in 1990 by the collector and “ethnologist” Jacques Kerchache. Kerchache brought the idea to the attention of the then Mayor of Paris Jacques Chirac who in return gave Kerchache a presumably lucrative job as advisor. Chirac became President and in 2005 the Museum opened initially getting some rather mixed reviews for both its architecture and its display.

The collection is really fantastic. Only a few thousand of the nearly half a million pieces can be shown at any time. There are art works of great cultural significance from all corners of the earth right on the banks of the Seine under the shadow of Eiffels Tower. There are beautiful pieces of painting, of jewelry, of wood-carving, of weaving, of clothing and off we go. 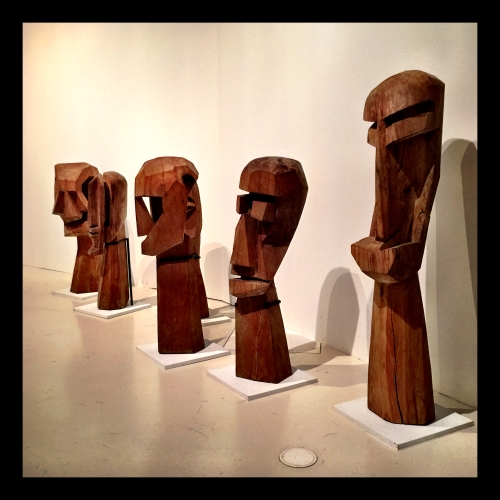 I find this place interesting and conflicting. Some aspects of it are great but some aspects are just not.

To start with how did these art works get here? Paris is the capital of one the worlds most conspicuous post-colonial powers still comfortable at the expense of the nations it plundered. The items in the collections were gathered by the curators from multiple sources. The majority came from two collections that were already in Paris; the Musée national des Arts d’Afrique et Oceania and the Museum of Man, both of which were founded in the 1930‘s before the fall of the French Colonial Empire. Not all pieces were taken by force or stolen, many have been bought. Some may even have been bought from the rightful owners but most will have come from collectors, dealers, other national institutions. But there is no denying that the ‘buyers’ position of great financial strength, of great power, came from an ugly history. It is perhaps admirable that people like Kerchache wants us to appreciate art from all over the world, to look upon the diverse aesthetics with the same respect or adulation that we might apply to a French Sculptor or a Dutch Painter. Across the river at the Louvre there are perhaps hundreds of thousands more artworks gathered from the four corners of the earth. In many cases these art works are from peoples that had been colonized. In many cases these art works are all thats left of entire peoples that have now disappeared. 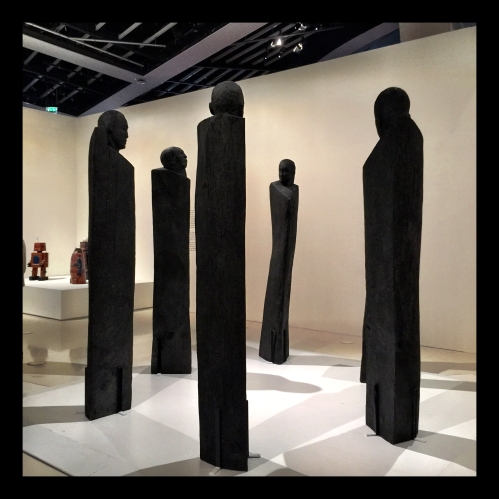 The definition of Genocide; “The (attempted) deliberate and systematic extermination of an ethnic or national group.”

Musée du quai Branly is simply named after the quay where it is built which in turn is named after a french scientist Edouard Branly celebrated for his part in developing wireless communication and in particular his invention of the coherer. Communication is not a strength of the new Museum.

The building itself is the creation of the celebrated french architect Jean Nouvel. A rock star architect. You cannot blame him for the content. You can blame him for the delivery. I am not the first person to be unimpressed by the building. It strikes me that the building detracts from the art. The interior is confused and confusing, the ramps and organic shapes all merge and flow but not with any apparent benefit. (If you were allowed to skate board there would be apparent benefit.) The lighting is very low, perhaps necessarily given the art works, but its not effective. Nonetheless the whole feel of being in a jungle seems to provide a crass “noble savage” ccounter point to the rich textured nature of the art. The building feels like its trying to be the star. It excels at being the star too. The living “Green Wall”, “The River” of words and the gardens are all good things. 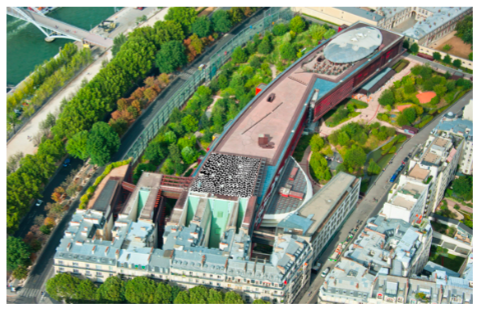 The Australian Aboriginal Art display seems to draw on the idea of cave and rock paintings. It was a cramped affair. Having said that one of the more imaginative aspects to the museum is the use of the roof space for a giant copy of one canvas by one living artist.; Lena Nyadbi, a Giji Woman from the Kimberley in Western Australia. That part is good. You cannot see it from the museum. 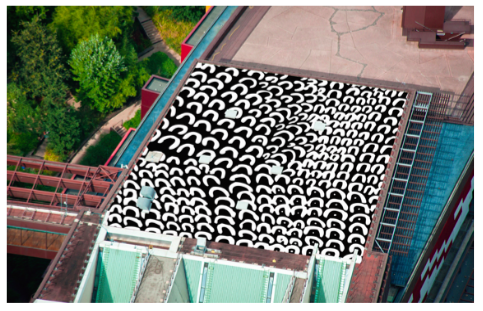 I loved the collections contents. I was unhappy about the delivery. I can only dread to think how all the contents were ultimately delivered into the hands of the French State. How many white men made a big profit before this collection was presented in this building?

While I like some parts of the building I am not sure it is a good place to see art. While I loved the art I am not sure that it should be in Paris.

Elgin Marbles, Egyptian Sarcophagi, Giant stone sculptures from Mesopotamia, God-heads from Vanuatu, the list goes on. A list of essential parts of almost every people from every continent.

There are living people all over the world who are still trying to get the remains of their ancestors back from the great museums of the western world.  Even today. Even this new museum has resisted returning human remains in the case of tattoo’d Maori Heads.

This from a institution that claims; ” a core element of its project, the musée du quai Branly has committed to a permanent policy of creating bridges between cultures…”