We got a dog. It’ a big terrier and generally he is a winner. He was supposed to be a dog for my daughter. You may have heard stories about this sort of thing before. Anyway he is more my dog than anyone else’s and I don’t mind. I walk him. I pick up his poo. I feed him meat and bones even though I am a vegetarian. I love my dog. He seems popular with the ladies too.

Best of all though has been teaching him to run alongside a bicycle and the rebirth of my old trusty street bike. 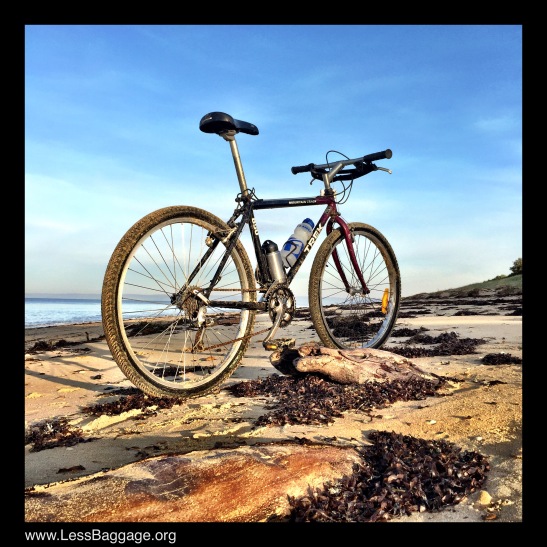 I love my bike. It is the way it should be. You should love your bike too. I don’t love my bike in the careful washing, appropriate maintenance and nice little component upgrades kind of way. I love it because we share a history. We’ve done a lot together. We’re still at it.

I have a 20 year old Trek “Mountain Track 850”. This goes back to before Lance Armstrong was stripped of his Tour De France victories, it goes back to before he had any Tour De France victories! It was never near the top of the Trek range. It’s too small for me because that’s what I wanted then. I used it to commute every day in Melbourne and then London. It was for slaloming between traffic and hopping on and off pavements. It was tough and it needed to be. Some f***er has tried to steal it many times. Once in Trafalgar Square, London, I found the bike with the entire lock sawn through and only a piece of the plastic coating remaining. I’m guessing I got pretty close to The Bicycle Thief. (Maybe they had a good reason, maybe not.)

I was riding this bike to work as the doctor in charge of a busy urban emergency department one night, going in for the dreaded night shift, when I was attacked by 4 men who beat me unconscious and stole everything. They stole the bike. When I regained consciousness I saw my red flashing rear light in the distance. One attacker had chosen that as his prize was following his accomplices across a school field (they didn’t have a push bike to consider) and clearly couldn’t figure out how to turn off the red strobe. Even he could figure out that a bright flashing red light was not helpful in his current situation. He dropped the bike. I stared at it flashing red in a dark football field. I never liked that light much before that moment.

I straightened my broken nose which was more painful than I had imagined it would be. After another 10 minutes I was brave enough to go and pick the bike up from the sports fields. I had my transport back. That was a start. That was a good start. I could get to work where I had to call in another senior doctor and then I had a way home.

I ended up getting most of my stuff back but thats another story.

I still have the same bike and it has me. And now it has a dog.

Sure it has a slightly shinier younger stable mate but the old Trek has had a new lease of life. It may be a punishing new lease but I suspect it doesn’t care.

It is now the beach bike. Every day I try to get up before dawn and go for a decent ride on the beach. I have to jump a few rocks and bash over piles of seaweed but then I reach a long stretch of sand that is usually hard enough and I can get going. Sometimes the only hard sand is the wet sand at the waters edge and the bike and I get sprayed. Watching the sun come up on the bay where we live is just too good to miss. 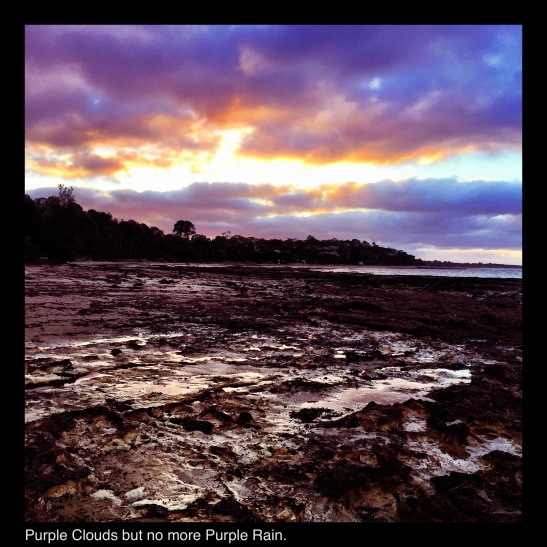 Once on the beach it all makes so much sense. I ride one or two hours. All stopping used to be about the dog but now he just tears along beside me. If he goes to check out another dog it is only for a moment and he races back to the bike when i call. At first I was building him up slowly but there’s no stopping him. Yesterday I did a barely interrupted 20 klms and he didn’t blink. Its not a road bike type ride. I have to stop quite a bit. Stop and sip coffee out of my wee flask. Stop and take a few photos. Stop and talk to someone on the beach. (Dogs are like babies; they are catalysts for conversations with real people that you would not have spoken to otherwise) Stop and pick up the dog poo.

I’m starting a one man campaign to stop people letting their dogs crap everywhere. I hate dog poo. And I hate standing in it. And I hate the possibility that people might think I would leave my dogs poo in their way.

I’ve started an Instagram person called “Poop_in_Paradise” where I shall be taking beautiful photographs of poo. I’m sure it will be huge! 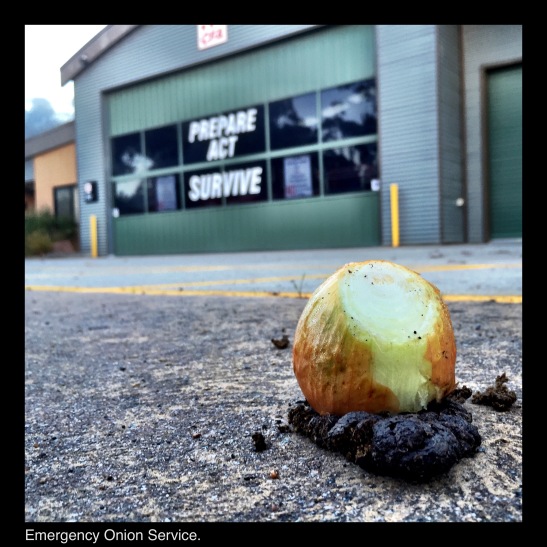 5 comments on “ Dogs and Bikes”